You are here: Home / Travel / Bemus Point is a Place for Discovery 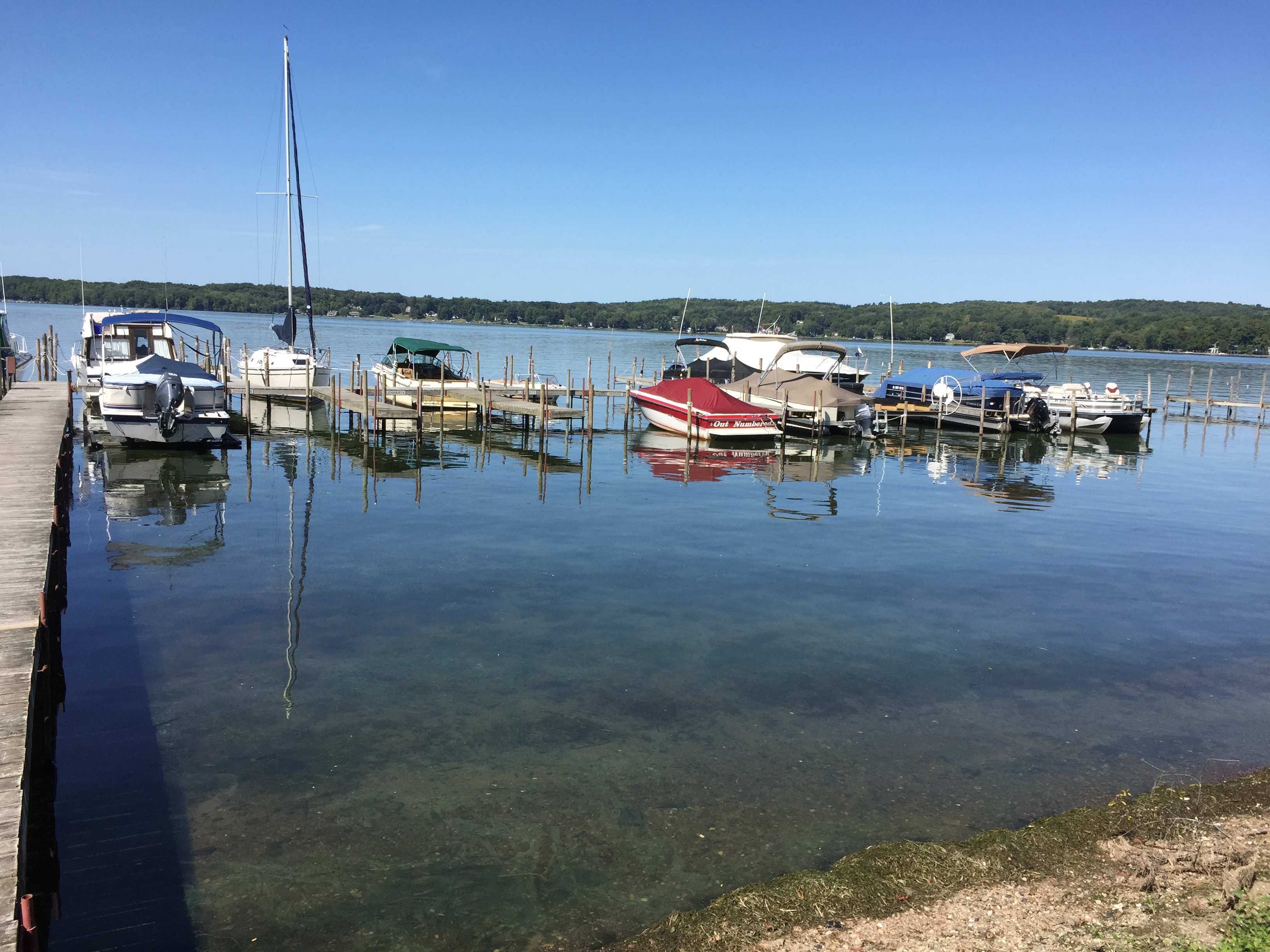 After the sleepy and often times barren winters Bemus Point wakes up around Memorial Day. With the hopeful energy, fueled by the promise of the beautiful summer that we have all waited for, Bemus comes alive. Little by little seasonal restaurants put out their outdoor tables, the shops open their doors, boats, jet skis, and bike rentals are set up. The fishermen turn in their ice augers for sun gear and live music is promised at many of the venues on the lake.

A Trip to Bemus Point

This past Memorial Day weekend I ventured out to Bemus with a couple of my friends to have a drink and a small bite to eat while we watched the sunset on Lake Chautauqua. But what we discovered was so much more than we had expected.

We walked past familiar faces, many of them smiling, as they were locked in animated conversation on the See-Zurh House porch. As we waved to our comrades on the porch, I recalled the countless times I have sat there with friends on a warm summer evening, enjoying the rich company, the atmosphere, and knowing that there was no better place to be on a balmy night.

The sun hung low in the sky as we bent around the corner by the Italian Fisherman. The bustling Ellicottville Brewing Company on Chautauqua added a lively addition to the familiar atmosphere. There were numerous failures since the tragic destruction of the Surf Club left a conspicuous void. With the bustling revelry taking place at EBC, Bemus was finally in full bloom.

The sun continued to sink as we walked by people rocking, drink in hand, on the Hotel Lenhart’s porch. In that moment, I thought about the many summer evenings I have spent there with friends and family watching the sunset as we drained our glasses. I thought about our connection to a tradition that stretched back to the late nineteenth century. Bemus is a connection to the past and each person brings their own nostalgia to this quaint community.

When we made it to the park, it was teeming with people. There was a tent and music from one of my favorite local bands, Smack Dab, wafting out. I saw an old friend and asked him what the occasion was and he told me that it was the end of the Bemus Point Spring 5K which was being run to support the Bemus Point Track Club. There was a van there from Southern Tier pouring fresh beer!

I purchased some tickets that could be redeemed for beers (the proceeds going to the Bemus Point Track Club). I bought an armful of beers and shared them with friends. We had a delightful time talking to some of the participants and other familiar faces. I thought to myself what a pleasant surprise this was. Bemus is full of pleasant surprises.

We then made our way out on the deck of the Village Casino, looking out at the docked boats, which served as transportation for revelers who were filling themselves with food and drink. We watched as the sun died over the horizon, making the final transition to nighttime. 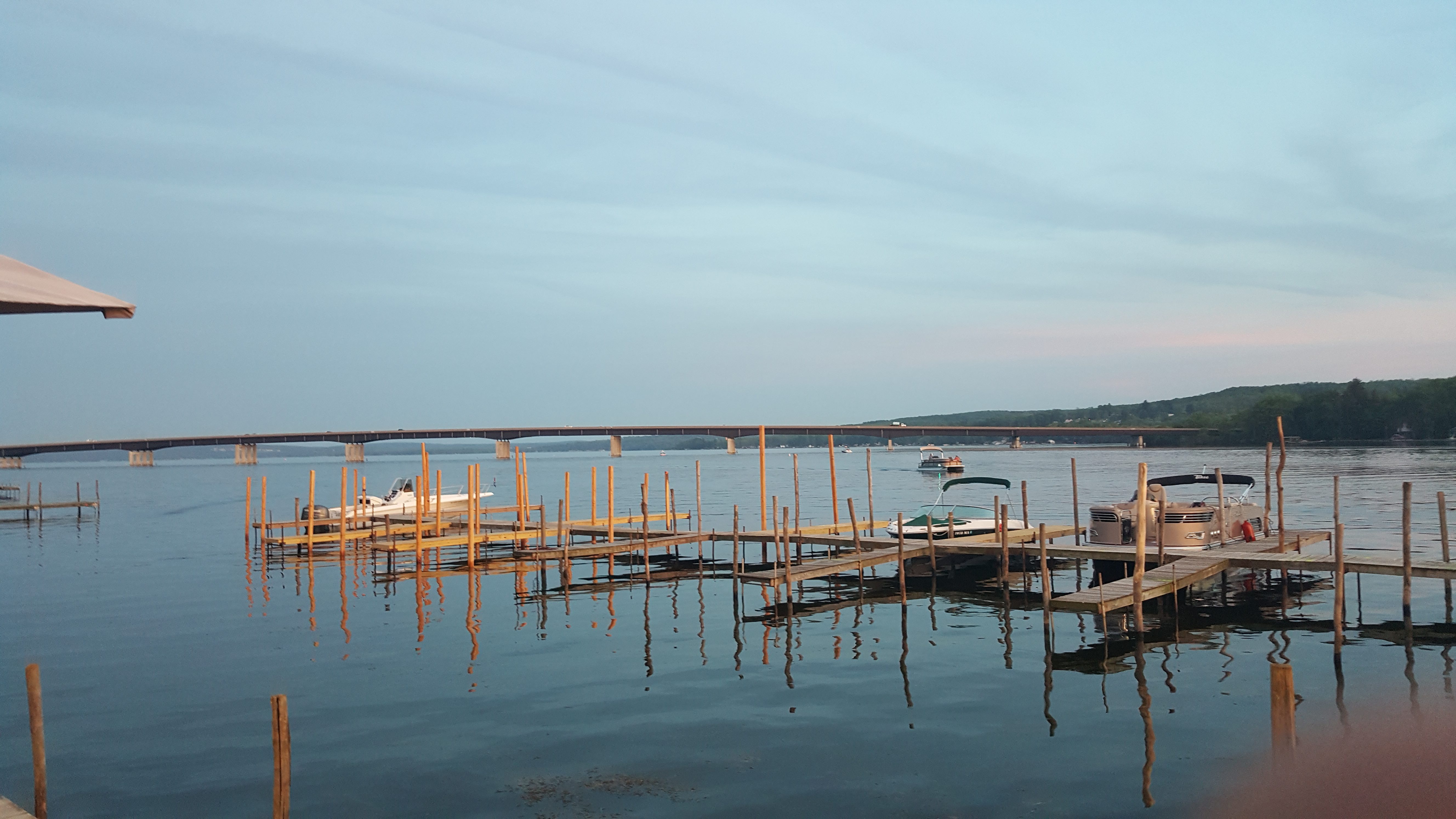 Some of the people we met up with showed an interest in testing the fare at the new Ellicottville Brewery. When we got there, it was brimming with happy faces engaged in conversation and the lights encased in wicker orbs added a pleasant glow to the gentle buzz of the night.

I had tried nearly all of the Ellicottville brews before, so I gave their guest tap (Ithaca Brewing Company’s Flower Power) a try because I love discovering new beers. The IPA was rich and hoppy, packing a wallop at 7.5% ABV. I ran into another old friend and we went outside to escape the din so we could catch up. 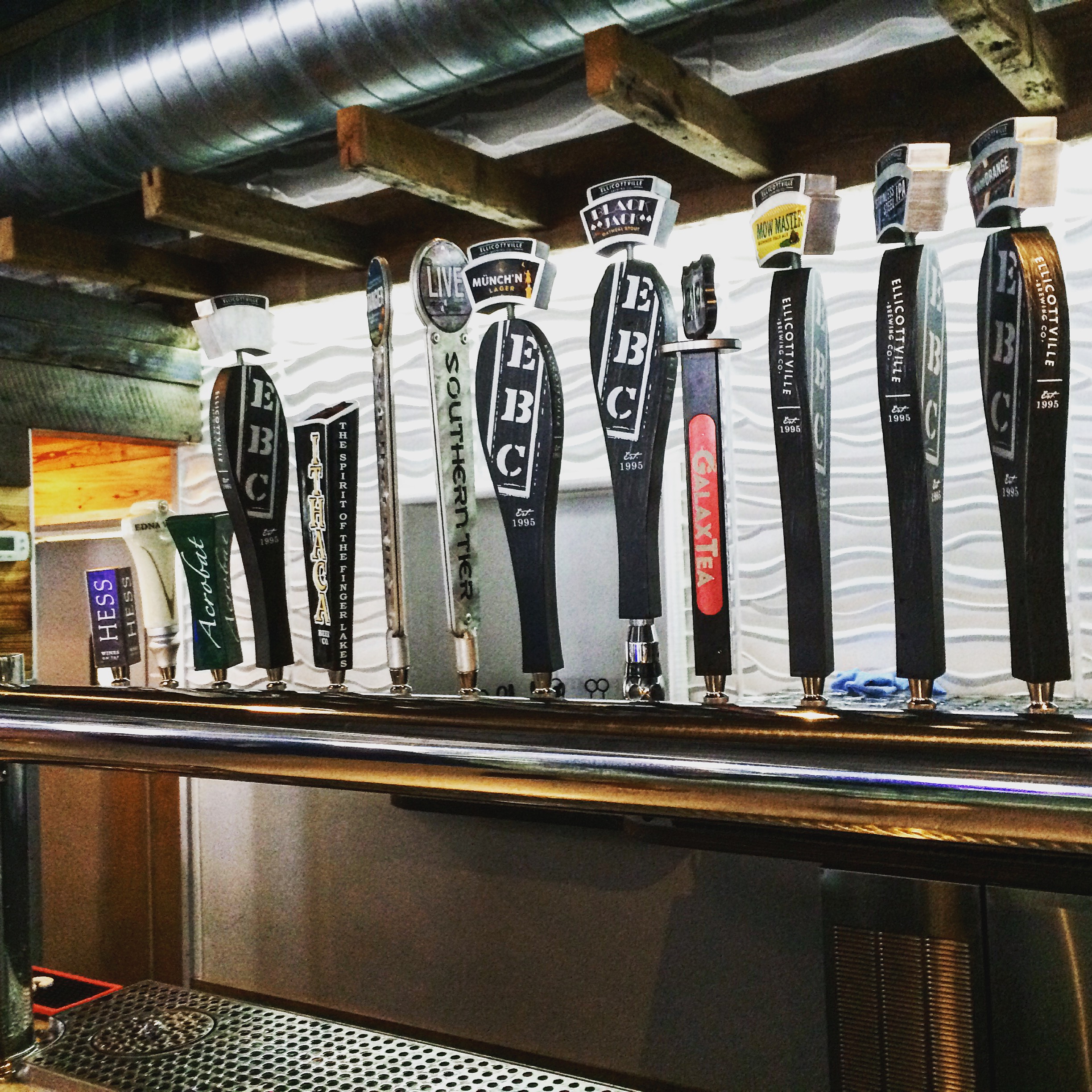 As we were talking I heard an explosion and then another. At first, I was concerned, but then I said to myself, “This is Bemus, everything is fine.” I then realized that it was a fireworks display and everyone began flooding the sidewalk as the colorful bombs burst in the warm evening air.

Our group was hungry after the fireworks. I suggested that we stop into the Hare ‘n Hounds, a restored Tudor house, filled with good cheer and character. I hadn’t been there in a while but I heard that they have a marvelous appetizer menu at the bar which sounded perfect.

The crowd insisted upon the Italian Fisherman because it is on the water. We ended up there, by the bar, and I was drinking Trianon’s smooth Añejo Tequila. We slurped down some mussels and soaked up the flavorful broth with hot crusty bread. As we ate, we talked about the surprise and excitement of the evening. There was no place that we would rather be than in Bemus Point, together. 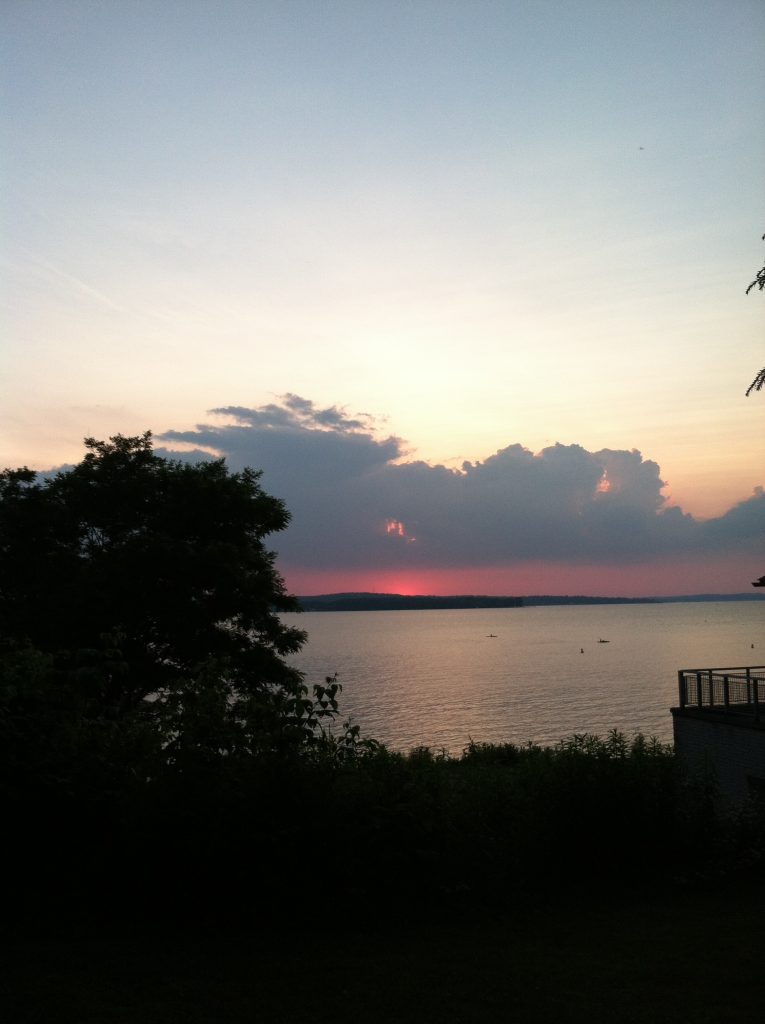