When I was at a small liquor store in Chinatown, NYC, I got talking to the affable young owner of the liquor store, picking his brain about Chinese wines. Eventually, our conversation drifted to Baijiu, and he seemed a bit startled when I told him that I wanted to try the fiery spirit that is wildly popular in China, but many people say tastes like gasoline on the Western palate. I was not to be easily deterred. 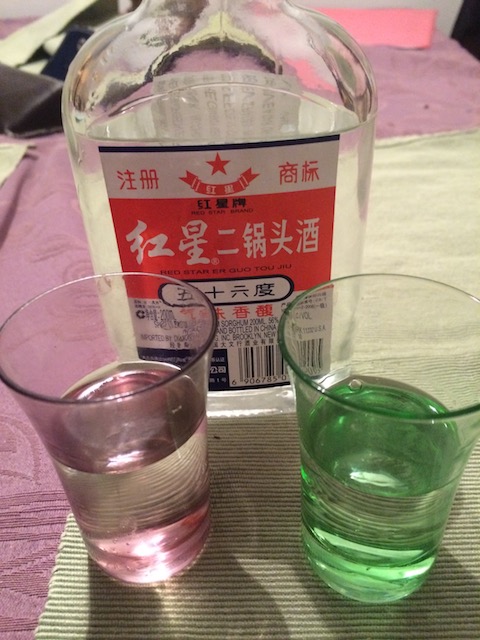 He told me that there were many options ranging from a few dollars for a pint, up to $100s of dollars for the premium spirits when it came to baijiu. He said that the best place for a beginner like me to start was Red Star Er Guo Tou Jin. He told me that it was the most popular baijiu and was favored by blue-collar workers after long days. By this point, he had said enough. So I bought a pint and was on my way to a fiery new experience.

The first sip hit my nostrils immediately and was fierier than it smelled when it hit my lips. Red Star Er Guo Tou Jin is thin and admittedly smoother than I expected. The first swallow was followed by a serious alcoholic burn, settling warmly in the gut like whiskey.

The flavor is slightly sweet upfront, making one think of a young tequila with a distinctively Chinese twist.

Baijiu is pronounced similarly to (Buy-Joe) and can be found in every Chinese province. Interestingly, the consumption of baijiu dominates the Chinese liquor industry in China.

Baijiu has deep roots in Chinese history dating back to millennia before Confucius ever walked the Earth. Some estimate that the spirit has been consumed for more than 5,000 years. However, the most colorful tales of its historical importance occurred in the latter half of the twentieth century.

In 1972, U.S. president Richard M. Nixon sat at a lavish dinner held in Beijing’s Great Hall of People, surrounded by many of China’s elite, on the eve of a momentous change. Nixon was encouraged by Zhou Enlai, Chairman Mao’s number one main man, who told him to ganbei the powerful baijiu in his cup. Instead, Nixon gingerly sipped the high-octane spirit, walking a fine line by trying not to insult his hosts while not getting too plastered to continue his negotiations. Nixon’s caginess was key for the United States and China, eventually opening China up to trade with the US.

Nixon learned several valuable lessons during this historic trip to China. Perhaps the most important lesson the former president learned: No drinker’s trip to China is complete without tasting baijiu.

When drinking baijiu, you are drinking the history of Chinese distillation, distilling the culture itself. Baijiu has been produced and consumed in China for millennia and continues to play a central role in Chinese drinking culture.

The term baijiu itself can be confusing because it is a general term that is approximately translated as “white alcohol” or “white liquor” and in some cases “schnapps.”

Perhaps the most famous type of liquor referred to as baijiu is Maotai, a strong and rich spirit that is usually between 100 and 110 proof. Many consider Maotai to be the ultimate way to enjoy baijiu.

However, another popular baijiu is Shuijingfang which was a precursor to Maotai. Shuijingfang liquor’s roots date back five thousand years, in a system that used particular microbes to create a drink that beverage scholar, Li Zhengping, prizes for its “smooth texture, unique aroma, elegant flavor and a pleasant lingering aftertaste.”

The Last Word on Baiju

Baiju certainly has a burn, and I can see why it has been said that the spirit is an “acquired taste,” and now I can appreciate that bit of Chinese wisdom.

Many trendy bars from New York to Hong Kong are now serving Baijiu cocktails. If you are a fan of craft cocktails and don’t deal well with strong drink, perhaps you would be better off first trying baijiu in a cocktail before taking it straight. 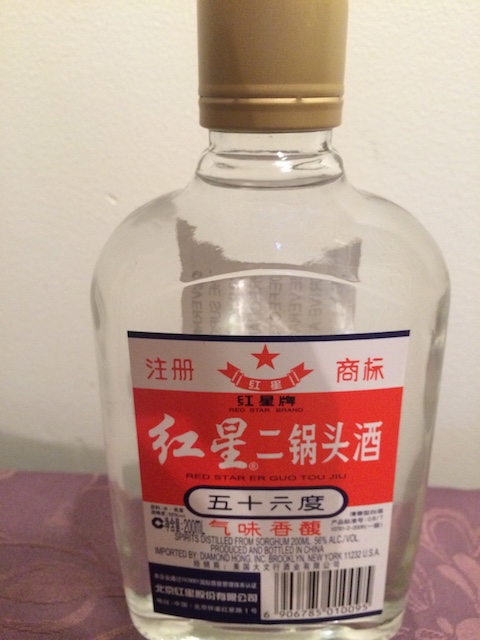