You are here: Home / Travel / Where Lake Chautauqua and Lake Erie Meet 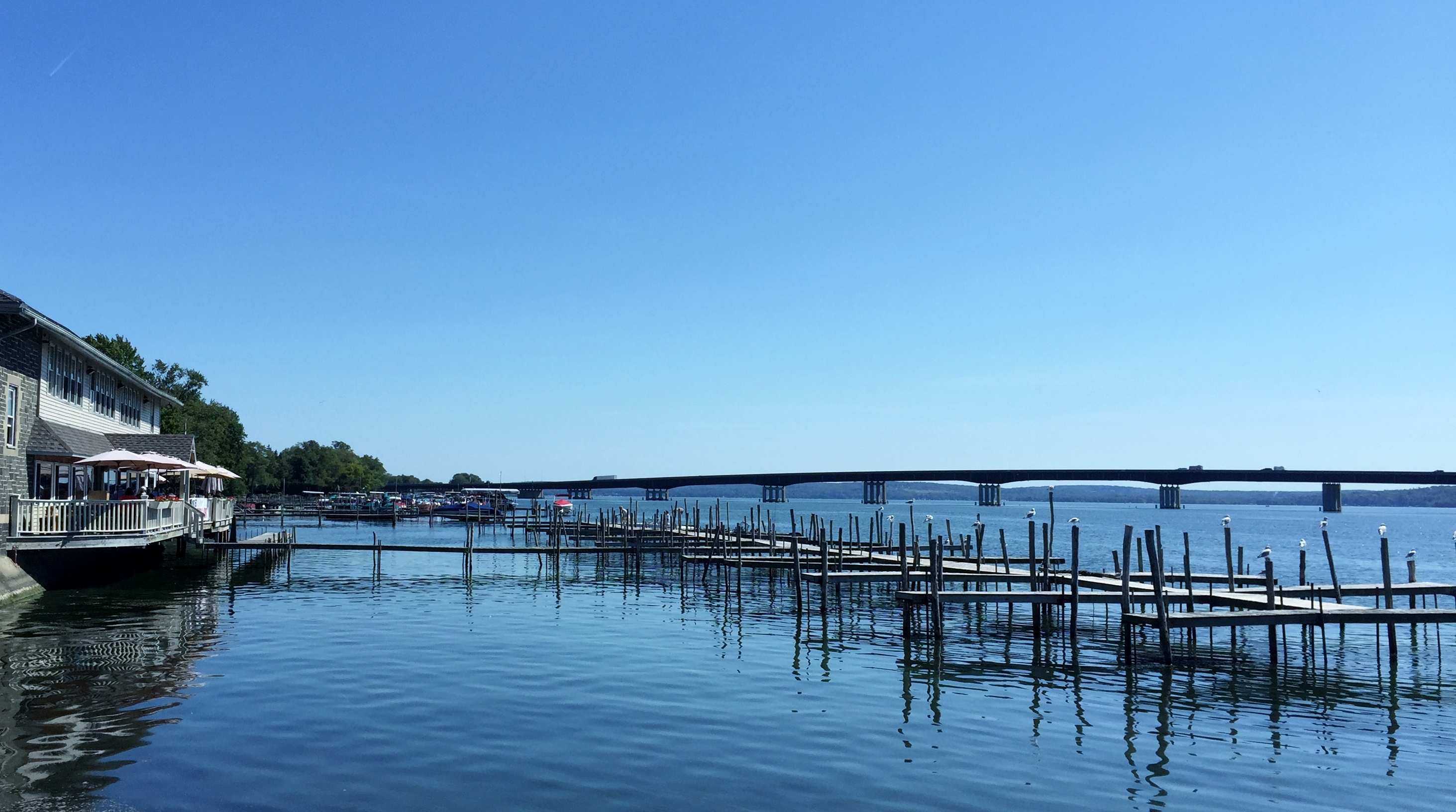 Growing up in Chautauqua County, I was fortunate to be surrounded by water. Although we are land-locked, water is never too far away.  From my earliest memories I can recall picnics by the lakes, hiking in the gorge, and fishing in ponds.  Whether skipping stones on a calm day on the shore of Barcelona Harbor in Westfield, New York  or playing nine at Sugar Hill Golf Course, one feels the enormity of Lake Erie which is reminiscent of being by the ocean (minus the salt air and fresh oysters).  Many friends and family members who have visited always seem awed by the size of Lake Erie, even if they have grown up on the ocean.  They say, with some shock in their tone, “This is a lake?” and “You can’t see the other side.” The lake seems to continue forever as it recedes into the horizon. However, on a clear day, one can make out faint glimpses of the Canadian shore.

Chautauqua County is uniquely situated. In addition to Lake Erie, up the inland escarpment and past lush pastures and woods, lies a second lake, Chautauqua with a more intimate character.

When I return home from a long trip, Lake Chautauqua greets me like an old friend. For years I have gazed into its waters looking for solace and, at other times, inspiration. Chautauqua’s name is distinctively Native American, preserving the definitive heritage that has long since given way to jet skis and motor boats. But on foggy mornings, as the mist still hangs ominously over the water, with an orange sun breaking through the sky, I can imagine canoes made from dug-out tree trunks, cutting through its mellow waves.  When I was in school we were told that the name “Chautauqua” is derived from the Iroquois language, meaning “bag tied in the middle.” This is a hotly contested assertion which probably lies somewhere between fact and legend. Whether the derivation is accurate or not, it is true that this is a special place that from above looks like a sack (or water balloon) that has, indeed, been cinched at its middle point. Where the lake is the narrowest, there is a bridge that unites Stow, New York with Bemus Point carrying Route 86’s traffic.   Before the bridge was constructed, one had to drive around the lake, which is 18 miles long, to reach a desired destination.  In fair weather, one could pay to be taken across on the historic Stow Ferry.

It is the proximity of these lakes that creates a unique climate which has made the area a world class grape producing hub. Our lacustrine climate allows for local agriculturalists to produce more than 90% of the world’s Concord grapes.  This industry has served as the basis for the grape co-operative that founded Welch’s Grape Company. Additionally, the Chautauqua and Erie escarpment has allowed the local wine trade to flourish, supporting a wine trail with twenty-four vineyards.

Travel has allowed me to be objective enough to see this region for its fecundity and beauty.  I have come to realize that I am in a special place for many reasons and water may be the most important. As fresh water is projected to be the strategic resource of the 21st century, there is luck and wisdom in living in this locale.