While Chautauqua county has many interesting activities to do and places to visit, some of the most popular sights are the many wineries in the Lake Erie region. The growth of the wine country has placed it in the category of one of the top wine regions in America. Here are some fun facts about Lake Erie wine country.

It’s All About the Grapes in Lake Erie

There are 23 wineries in Lake Erie and 30,000 acres of vineyards. The vineyards make up 94% of Lake Erie’s land. Many of the vineyards grow Labrusca grapes, which include Concord, Niagara, and Catawba grapes. Most are used for producing juice, jams, and jelly. Welch’s was founded in Westfield, NY right in Chautauqua county in 1897 by the founders, Dr. Thomas Welch and his son, Charles Welch. The brand is a farmers cooperative and primarily produces its grapes in five regions, Lake Erie being one of them. Lake Erie’s region has over 400 family farmers that contribute to the crops used for Welch’s. These crops make up 18,000 acres of the 30,000 acres dedicated to Concord, Niagara, and Catawba grapes. As a matter of fact, Lake Erie is the largest Concord grape growing region in the world. However, let’s not forget the remaining vineyards and begin talking about wine. 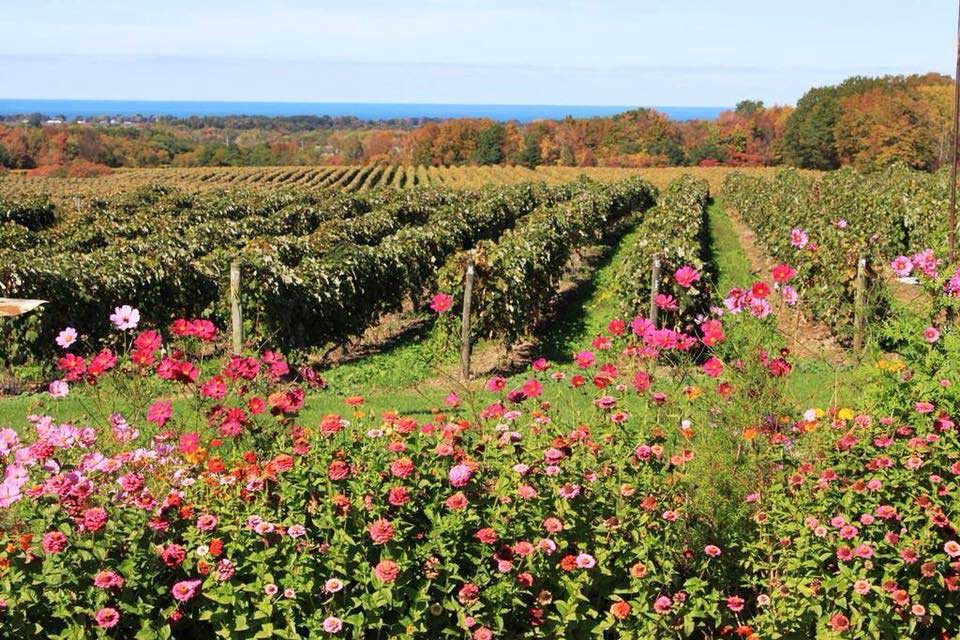 The cool climate of Lake Erie makes the area an optimal location for growing grapes. The region is also known as the Grape Belt of America or the Concord Grape Belt. The region produces enough to make up 65% of New York State’s wine production. While the Concord, Niagara, and Catawba grapes (or the Labrusca grapes) are ideal for making tasty jams and juices, they are also used to make semi-sweet wines. These wines have the familiar flavors of Lake Erie wines, which are easy to drink and have a lower alcohol content. These wines are also young wines and typically sold within their first year of bottling.

The remaining vineyards produce French hybrid and vinifera grapes, which are more familiar to those who enjoy European wines. These wines include Cabernet Sauvignon, Pinot Noir, and Chardonnay. They often have more complex flavor profiles, as they are matured rather than sold straight after production. The variety of grape wines grown in the region makes the area a great place for all types of wine lovers. 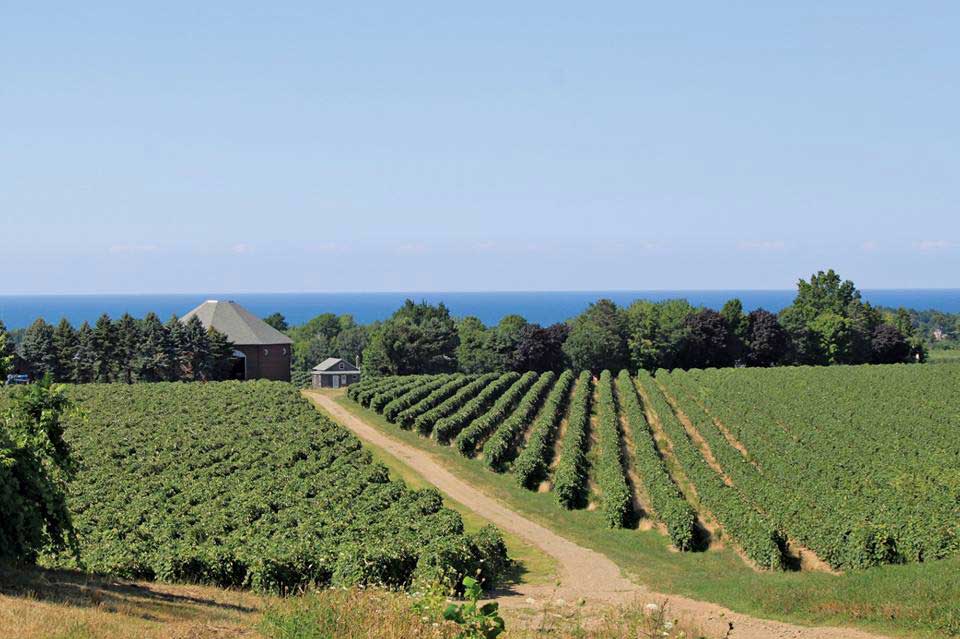 Lake Erie’s shoreline spans over 800 miles with the lake touching New York, Pennsylvania, Ohio, Michigan and Ontario in Canada. The lake itself, while being the 4th biggest Great Lake, is the 12th largest freshwater lake in the world. Conveniently close to the shoreline is the Lake Erie Wine Trail, where there are 23 wineries close to the trail. The trail spans over 50 miles between New York and Pennsylvania with much of the area being bike-friendly. 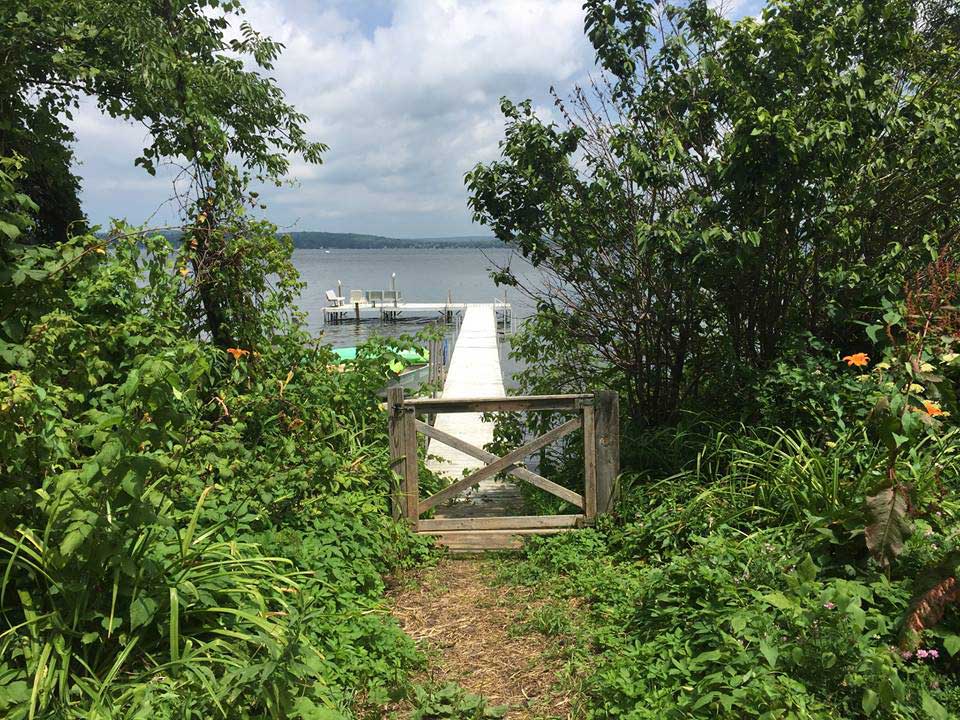 Prohibition Caused Lake Erie to Start from Scratch in Wineries

Once upon a time in the 1890s, New York ranked second as a wine region. New York was as competitive as California and Ohio and particularly specialized in the production of sparkling wine. As the era of Prohibition approached, the demise of the winery industry in New York began. The “noble experiment” to live in a Puritan manner began in the 1920s. The region peaked at 52 wineries before Prohibition began. Many of the farmers converted their crops and dedicated their grape production towards jams, jellies, and juices instead of wine. When Prohibition ended in 1933, the California’s wineries hadn’t all collapsed. So, the state already had a head start, both in production and in reputation.

Many of the wineries that continued to exist during the Prohibition were in California, where they took advantage of loopholes to continue prospering amidst the alcohol ban. These loopholes included the peculiar grape bricks that allowed for personal consumption of 200 gallons of wine, producing wine for religious reasons, and selling juices with warnings of fermentation if corked. Even though there was a rapid expansion in the Lake Erie region after Prohibition, the overall production dwindled down to only over 20 of the wineries by the 1960s. The area could not compete with California at the time. 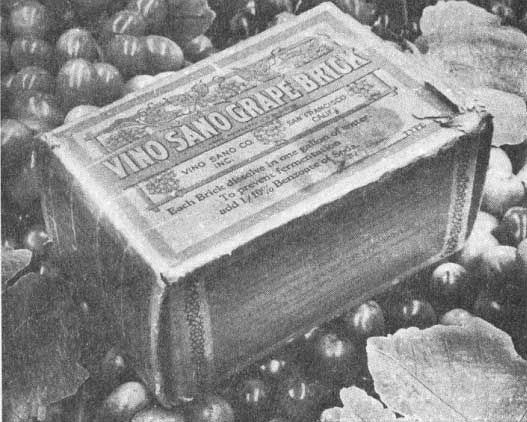 But not all was lost.  Lake Erie is still recognized as one of the leading wine regions in North America to visit. Wineries were allowed to reopen in the 1960s, and so began the start of the first wineries in New York and Pennsylvania. In New York, Johnson Estate Winery opened in 1961. The winery received New York Farm Winery License #2 (if that’s not early in the game, we don’t know what is). As of today, they are the oldest operating winery in New York state.

Over in Pennsylvania, with the enactment of the Limited Winery Act of 1968, Presque Isle and Penn Shore Vineyards were born. Both opened their doors in North East, PA. Presque Isle took a different path and began their operations in 1964 on the other end of the industry by selling winemaking supplies. In 1969, they began to wet their feet as a winery.  When Penn Shore Vineyards opened its doors, they also made history as the first to introduce sparkling wine that was made from the region. 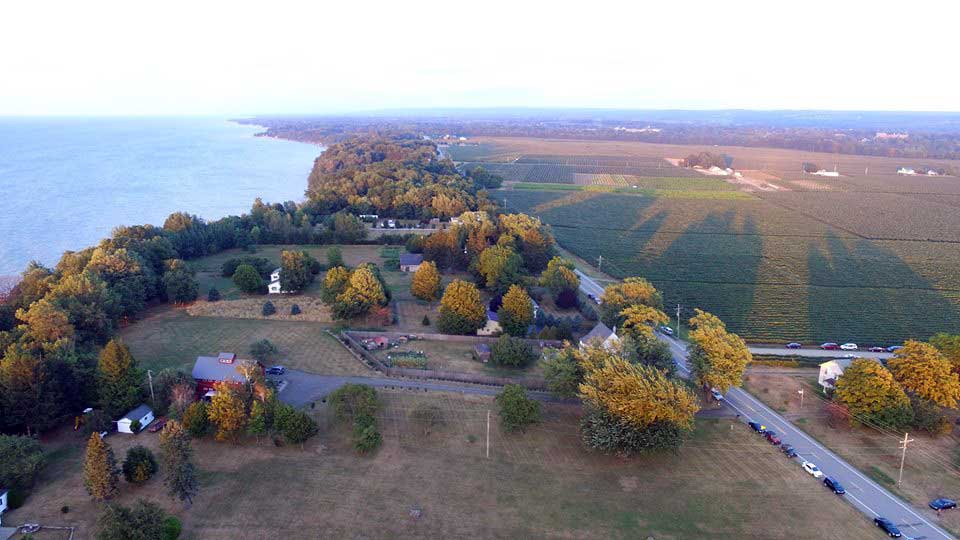 A Little Bit of History: A Wine Cellar from the Civil War Times

While new doors were opening, one particular winery wanted to reignite the history of a winery that existed pre-Prohibition. While Mazza is particularly known for introducing production of ice wines and digestifs, such as sherry and port wines, they also have a bit of history on one of their properties.

Going as far back as the Civil War, South Shore Wine Company was built in the 1860s and was one of the region’s first commercial winery. Their wine cellar is beautifully constructed in stone and exudes much character. After Prohibition began, the property was converted to a resort and hotel, leaving the wine cellar untouched. In the 1970s, Mazza Vineyards restored the property and reopened it as a tasting room. They granted the original name a second life, reclaiming it as the South Shore Wine Company.

Lake Erie’s vast body of water is home to 24 islands. Over in Ohio, one of these islands is Kelleys Island. The island also happens to be home to the ruins of two old wineries from before the Prohibition, when Ohio was a frontrunning wine region of America. While there currently is a Kelleys Island Wine Company on the island, the original pre-Prohibition location was in a vast property that resembled a castle. The steam-powered operation was large enough to produce over 350,000 gallons of wine annually. By a sad turn of events, the original location was burned down from a grass fire that burned the winery to ruins.

As for the second winery, the Monarch Wine Company continued operations in the Prohibition era by producing juice. It shuttered its doors in the 1950s. The home of the owner was reopened as Sweet Valley Inn in 2005, but closed its doors, as well. Visiting the ruins are not allowed since they are both on private property; they both can be seen from the roadside when visiting the island. 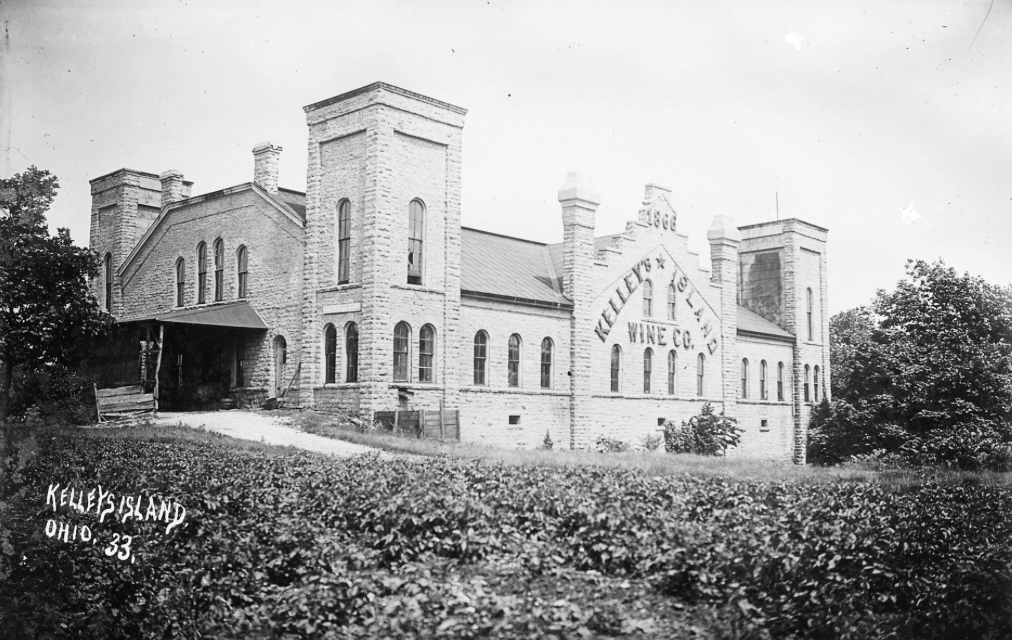 One of the Best Times to Visit is Harvest Season

As with many crops, harvesting often happens during the autumn season. Visitors can smell the rich, grape scent within the air of Lake Erie during the fall. Another great reason to visit during the fall season is to enjoy the North East Wine Country Harvest Festival. The festival attracts over over 20,000 visitors, offering over 100 wine samples, along with delicious food and live performances. There are also fun activities, such as bringing out your inner winemaker and giving a try at grape stomping. 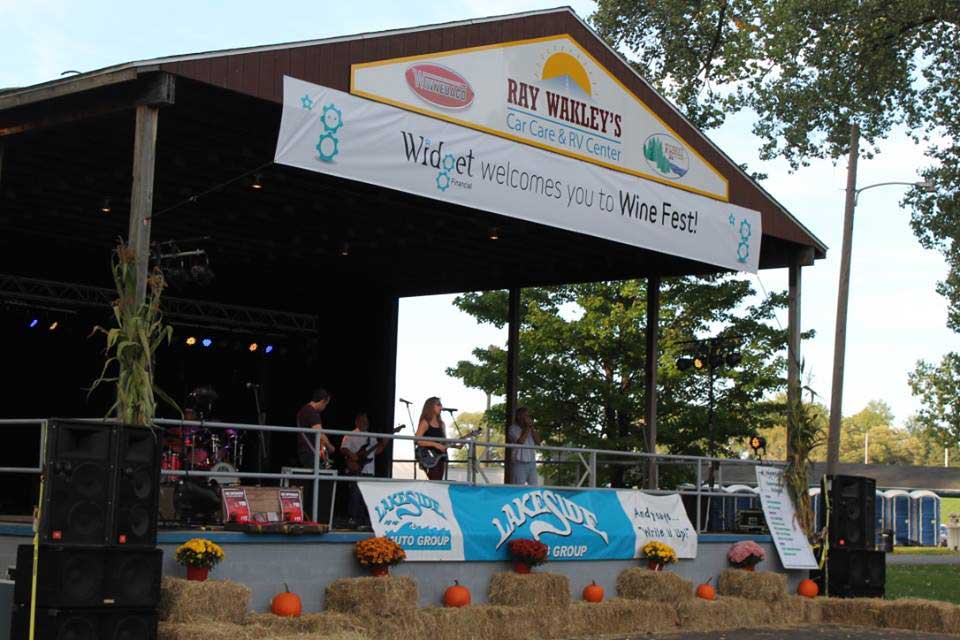